Welcome to my blog.  I will be posting my thoughts on life, books I am reading and some photos I take.  I do hope that you enjoy my post and blog.

Good morning everyone, I know that hearing about the coronavirus has us on the edge with schools and businesses closing with some access to buy the essentials plus having to work until the job says anything otherwise. We just have to be safe with our surroundings and pray. If you are home, make time to adjust, self care and time with family.

Yesterday I went to see the performance of Ntozake Shange’s famous choreopoem For Colored Girls who considered suicide/when the rainbow is enuf at the Public Theater.

First off it was raining and windy that early afternoon, but it was nice inside. Plus I grab a bite inside before going to the show. The most surprising for me was that my seat was literally on the stage. The show was 90 minutes with no intermission.

I even noticed that D. Woods who was in Danity Kane played the lady in yellow and an actress in the lady in purple that speaks through sign language.

The performance was excellent from beginning to the end. There was music, there was songs, there was emotion in every scene. I laughed, I smiled and I cried. I especially cried when the lady in red tells the story of a woman beating by her husband and how he dangled the children out of the window to persuade her to marry him, after her response he let them go. The actress show the emotion, I felt it and believed that everyone felt the same way.

The most part was when they all say which was a famous line in the play: ” I found God in myself and I loved her fiercely.” It was deep and beautiful.

At the end, the band which were 3 women came out where one had to explain that on that day was the day Shange passed and we all gave a moment of silence.

When I came back downstairs, I noticed the sun shining bright. To me, it was like she was giving praise and loved us fiercely bu hearing her work come to life in the same place where it originally played.

I was deeply connected with the performance and the ability of knowing as a writer how to dig in your soul to tell a story. 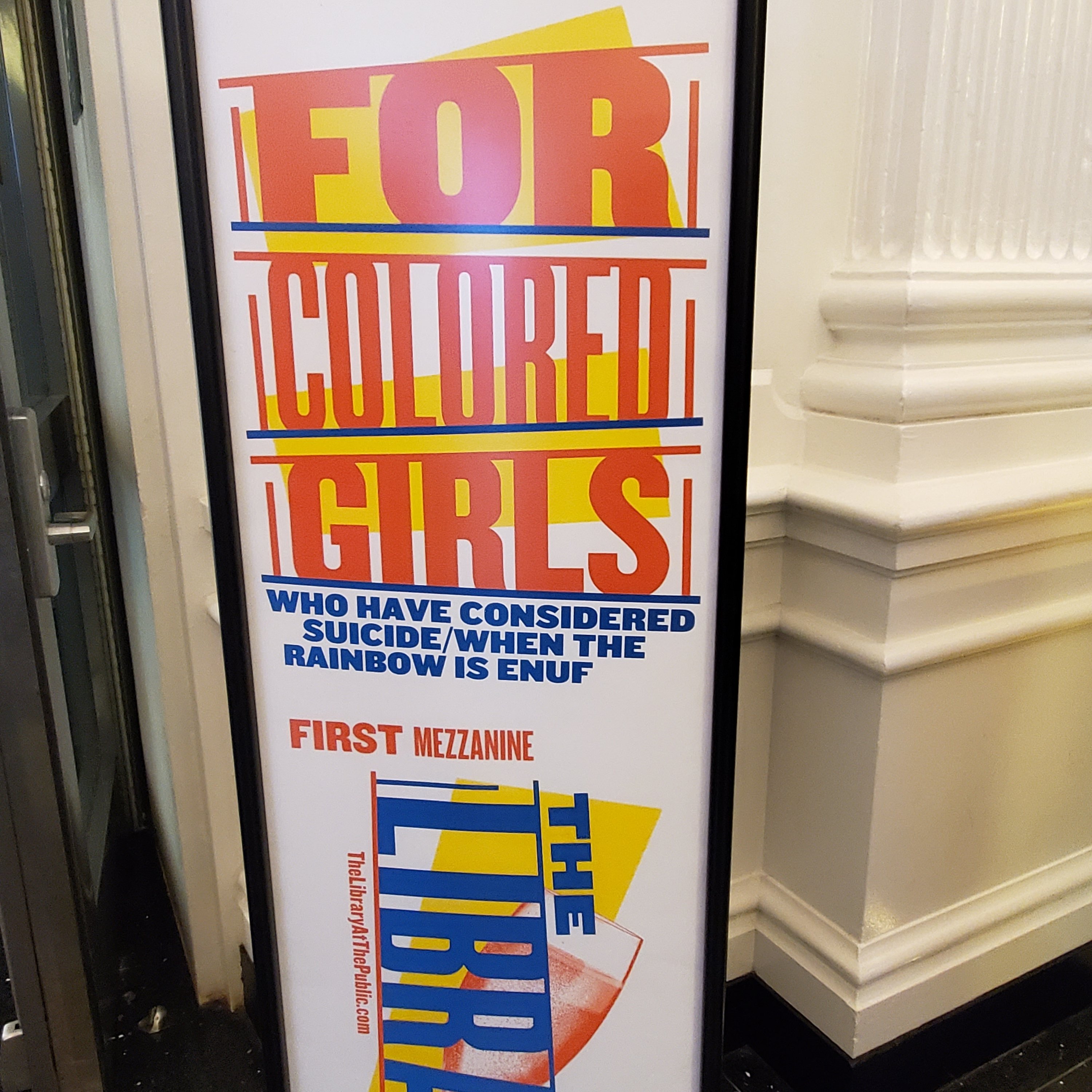 I had finished this book that I picked up at a literary festival over the summer at the Schomburg. I read a little bit at first and decided to go back and finish. The book is called Life is God’s Best Gift by Sam Chege.

The author was born and raised in Kenya then came to the United States during his 30s. He is an associate professor at Kansas State University in journalism and mass communications. This book is filled with African proverbs that reflect on life, love, peace and joy.

The author would give his own stories and quotes himself that can symbolize some of the proverbs in the book. Whether it’s from Uganda or the Congo, the proverbs speak to the heart and soul to anyone who reads it.

It’s a definite read for inspiration and encouragement.

I am sorry for the hiatus…a lot was going on with work, school and home. I am slowly getting myself back into the swing of things and make things better as well as easier. I will make posts on books I have and will read with my reviews. I will post soon. Thank you

It has been a while….lots of things going on with

It’s all good but taking each moment to reflect and make changes for the better. Still reading, writing and taken photos from time to time but will continue to do things for me.

This book is a good read for those that need to reflect on life to do things better.

I know that I have a love of books….for Valentine’s Day, this book proves that…Book of Love by Debbie Tung is a graphic novel of a young lady and her love of books….fills with reasons of why she reads, the best places to read and more…Definite read…if you love books, read Book of Love

What do you think? https://pin.it/7oenhqjrr6lmrd

What is Sky Reads?

Sky Reads is a blog where I express my thoughts and views on life.  I also discussed books that I am reading with reviews.  Some people say that I have a story to tell.  My story reflects everyone and everything around me.  Welcome to my world.